Testing the FT Battery 8.4V/1800mAh.
In doing so, I start from a fully charged battery the day before. Without load the Vbat was 9.6V. I use a power resistor of 20 Ohms as the load. This makes the discharge current around 470mA as the starting value. I allowed the discharge to proceed until the battery voltage reached 8V. The discharge time was 3h30min.

For several minutes, I completely removed the load. Thus, Vbat had risen back to 8.3V with no load. Then I connected and booted the TXT controller to see if it still had enough power left to run a normal program. The program contained the control of 2 encoder motors and a mini motor each time on for 15 sec, then off for 15 sec. After about 4 minutes, I stopped the program and turned off the controller. So using the battery with the TXT controller up to this discharge level is no problem at all. Once all loads were removed the voltage went back up to about 8.3V. 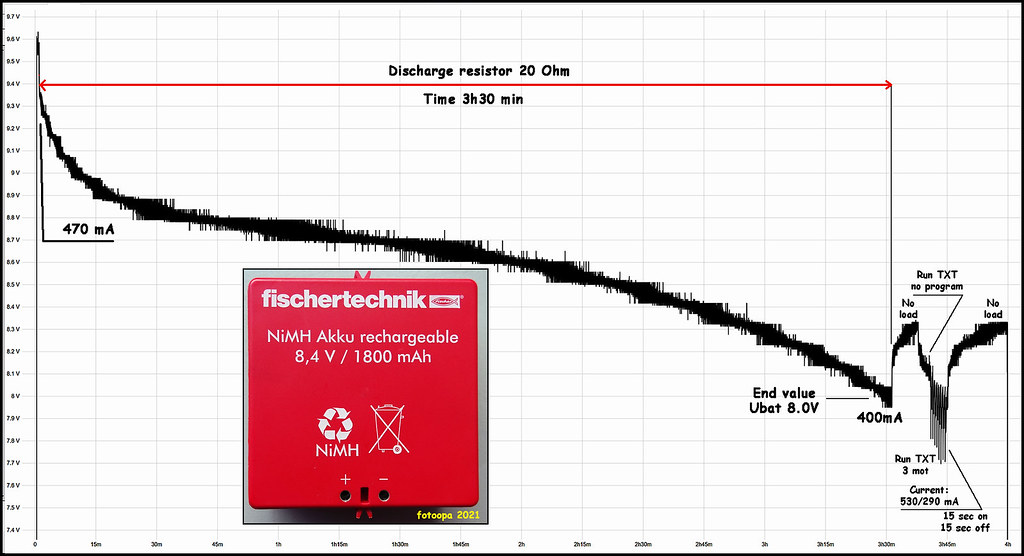 The next task is to recharge the battery.
The no-load Vbat was 8.4V. I use the original FT charger. After a good 2h30min the battery was fully charged. On the diagram you can see nicely the automatic switch off of the charger. The peak voltage of the charger is 10.48V. After turning off the charger, the battery voltage quickly drops to below 9.8V. After a waiting period of 24 hours the voltage drops to 9.4V. 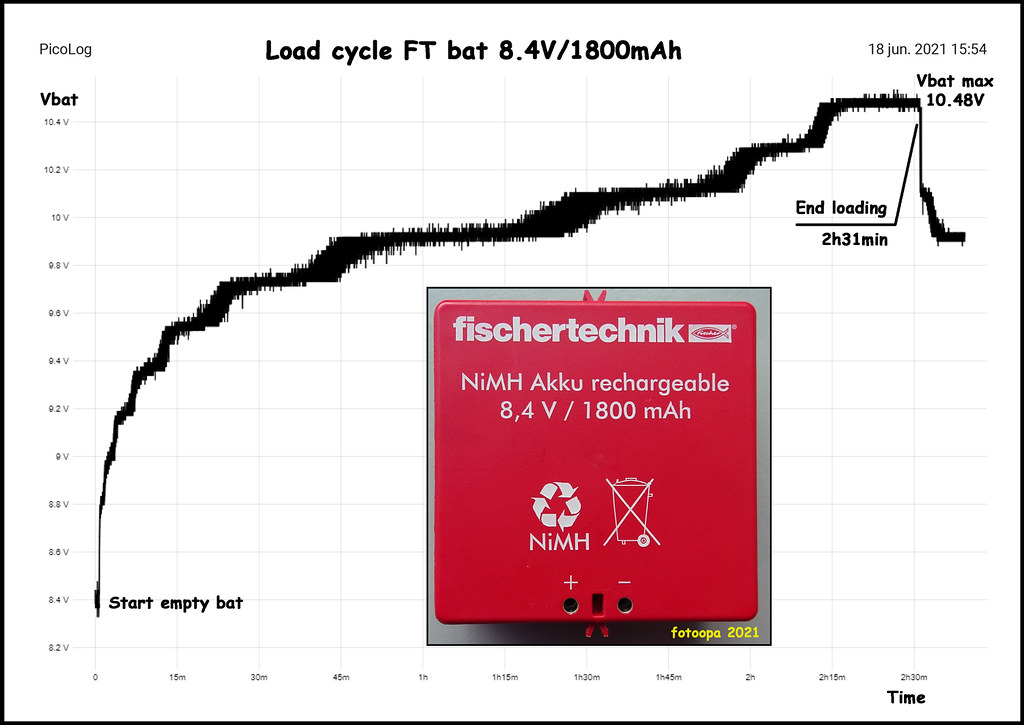 Note:
This was a used battery and is over 1 year old. If you do not use the battery for long periods of time you should not leave a TXT controller connected. This is because there is a small current is running to detect the TXT controller starting up. This could cause your battery to discharge faster during long periods. This is not self-discharge due to long storage periods.
I recharge unused batteries every 3 to 4 months. There is not so much discharge to notice!