I like to match the LED to the hub cap color, so I have various self-made color LEDs.

All LEDs have 470-1k ohm series resistors, some being SMDs as shown in the second picture. The bottom row ones were especially difficult to solder because they are extremely heat-sensitive, and I lost several.

But in the end I became satisfied with the results! 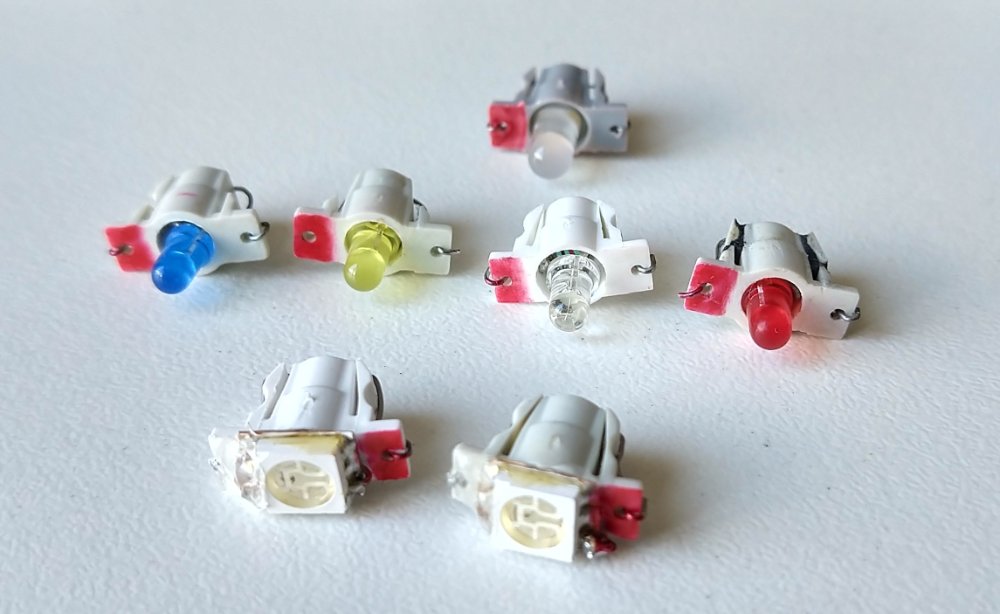 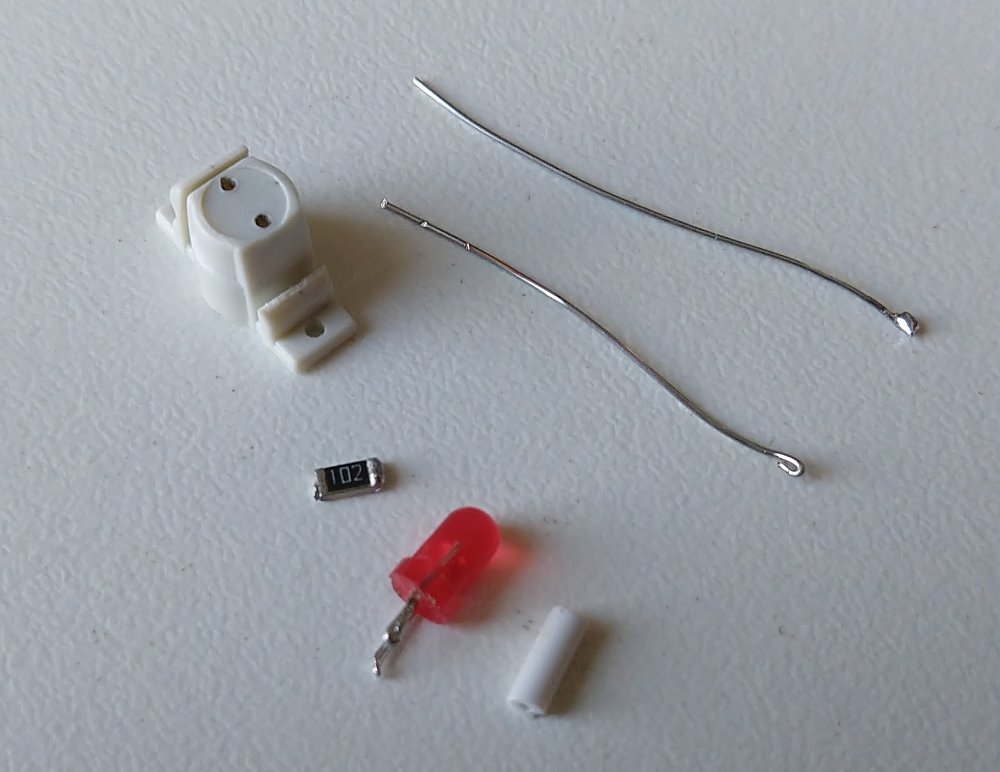