Expansion of the XXL marble run.

Expansion of the XXL marble run.

I already had 5 kits XL construction boxes, but now I also bought the XXL version. Together with many other construction kits wants to make an extra large marble run again. What I'm showing now is just a small test setup of 2 new made modules where certain parts are obtained by 3D printing.
The 2 extra modules are:
- a marble chain transport module.
- a 4- way selector.
To use my many XL kits as a XXL kit I have made some extra parts. For example, the transport chain uses a ball holder but without magnets. Every 4 chains is fitted with a ball holder, which also clips over the chain, just like with Fischertechnik. On the 2 ends I made an extra fork, which fits better, is 19 mm wide which makes it easier for the ball holders to get in between. The XM motor is used for the drive. I use 42 marble holders on the chain.

I designed a 4-way selector. It is powered by a Nema17 steppermotor. The driver is controlled by the TXT-controller via I2C. I built a basic I2C chip into my FPGA module. It has a lot of interfaces and can all be controlled over the I2C. The stepper driver works very autonomously to generate the dir and step pulses and there is also a calibration function built in. The TXT must first give the command calib and then the new positions and speed. After that it doesn't have to intervene anymore. He can always read back the current position and the status of the stepper motor.

On top of the track is an IR decoder to count the balls coming down. These are counted by the TXT. Both motors, one for the XXL, one for the transport chain, are also controlled by the TXT. An additional 4 lamp outputs of the TXT are used with the 4 way selector to indicate the active output.

The .stl files are on Thingiverse: https://www.thingiverse.com/thing:3927059
A short video is available on youtube: https://youtu.be/Udql4mlOs9A 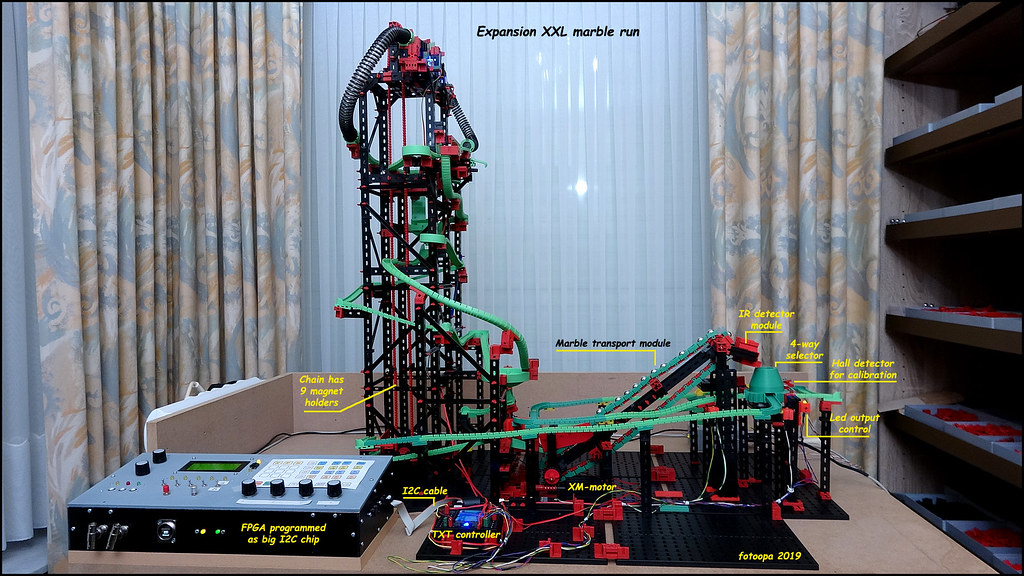 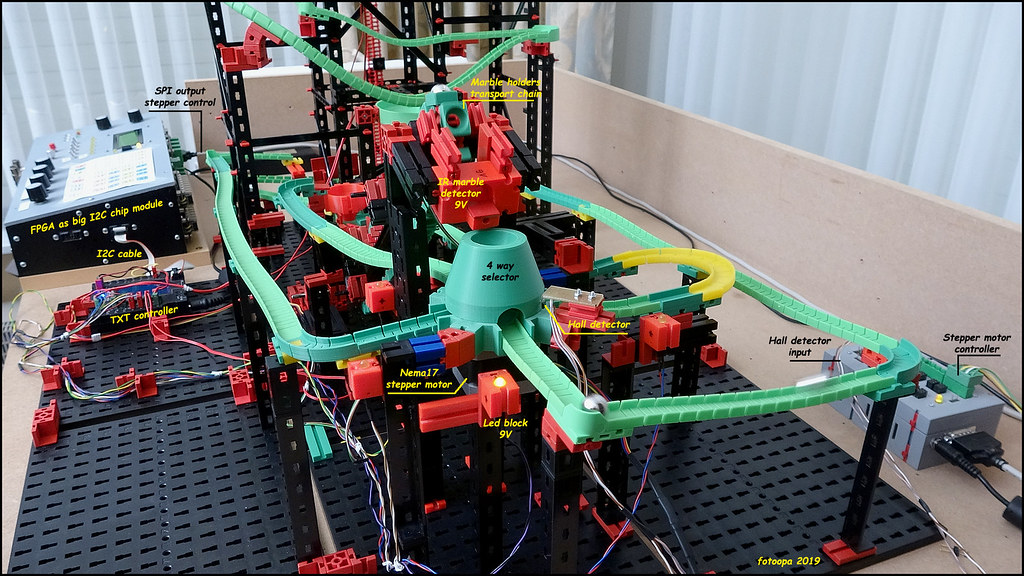 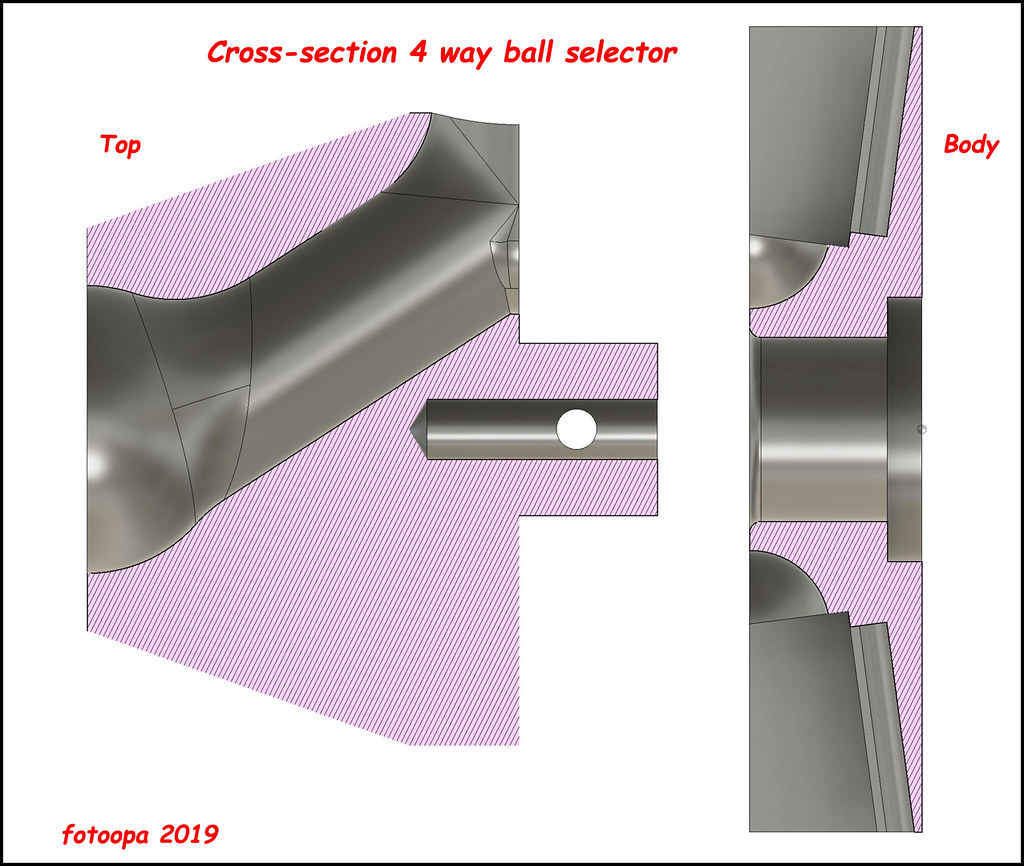 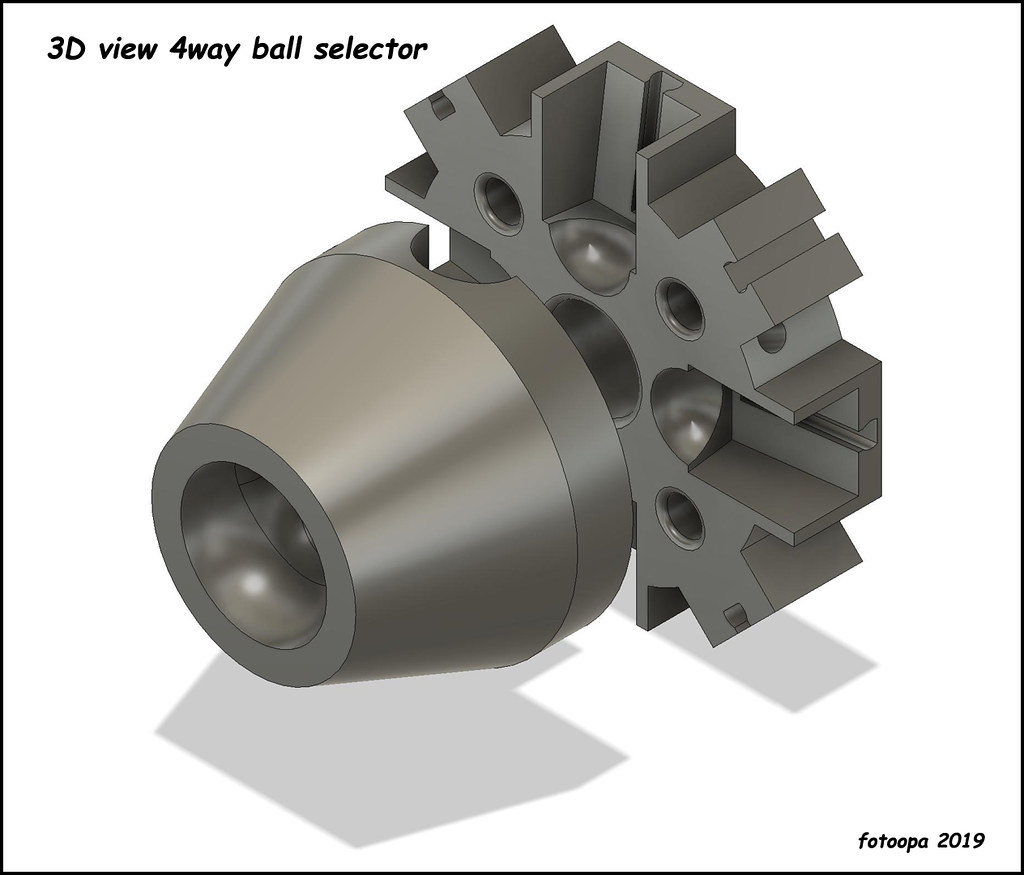 The next task now is to fill my entire table with more and other modules so that the grandchildren can play by Christmas when they come on holiday for a week.